Nigel comes from a family of performers. His mother is a trained opera singer and teacher, his father was a well-known children’s entertainer. Now a performer himself, Nigel began his theatrical journey at the tender age of thirteen when he joined ‘Performers’ Theatre School, where his love for musical theatre was born.

Nigel began his professional career training at the Webber Douglas Academy of Dramatic Art, going on to perform the West End shows, Grand Hotel, Grease, Joseph & the Amazing Technicolor Dreamcoat, Buddy and The Full Monty. He is a member of the Old Vic Theatre Company having performed in Resurrection Blues with Maximilian Schell and under the direction of Robert Altman.

Nigel first came to Frankfurt in 1990 as an actor for the English Theatre company, performing the role of Rick in A Slice of Saturday Night and again in 2004 as the Emcee in Cabaret.

In 2008, Nigel moved permanently to Frankfurt and his production company, Nigel Francis Productions, was born. To date, they have produced the shows, Hedwig and the Angry Inch, Scaramouche Jones, Fragile, The Agony and the Ecstasy of Steve Jobs. Currently, he is producing the comedy play Defending The Caveman which opens at Das Internationale Theater, Frankfurt later this year. Nigel has also worked with the Galli Theatre, Frankfurt working with young people and performing the children’s fairytale, Lucky Hans.

Nigel is delighted to have this opportunity to work with the Link n Learn students and
the fantastic Link n Learn team. 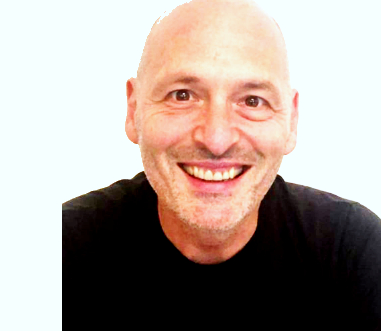