Making a home away from home

Making a home away from home

If it’s one thing I learnt about moving, it is that I will never settle until I entitle the new country I have moved to as home. As hard as moving became throughout my childhood, the new place I ended up has never failed to feel like home. From meeting amazing people along the way, and having them as part of my family, to fulfilling success and breakthrough in my life in all different aspects. Each new place became a home away from home. There will always be a moment when you finally accept and fall in love with the new country you have moved to; it may be after a year, or even days, but there will be a moment. Your heart will come to the apprehension that you are, indeed, home.

For me, my realizations seem to always come when I witness the first sunset in a new surrounding; I am a bug sucker for sunsets and everything to do with the sky. Therefore, a country will always win me over by the breathtaking beauty of the skies wonder. To me, a sunset is an assurance that, even after the worst day, every day has a beautiful ending. The crisp orange of the sun on the horizon hugs me with warmth that I am, and will be forever protected no matter where I am. The joyful yellow stands in glory to remind me that I will be happy in the end. And the beams of the sun emphasizes the fact that there will be another day, and there will always be second chances. My vision for the future is painted in the sky, so when night begins to fall outside, I’ll look at the first sunset and see what this new adventure has in stored for me.

While I look to the sky, I would realize that I wasn’t able to properly feel like I was at home until I let go of the last one I had lived in. Every time my family and I moved, I was so caught up in comparing the last country that I had lived in, to the current one. I wanted everything to be like it used to be. I looked for similar schools, similar people, and I refused to grow mentality in order to ‘adapt’ to the new place I had moved to. I had to stop, because the more I compared and looked back at what I used to have, the less I felt at peace with a new place. I had to let go of what I used to call home, and establish a place within my heart to put that past home in a memory box, and unwrap a love for the new country I have ended up in.

Your children will feel the same regognization that where they are now, will feel like home. The thing is, if they are younger, they might not be able to find that answer on their own, nor will they understand the idea of ‘letting go’. But from my experience, as a child, my parents established these simple 3 steps: 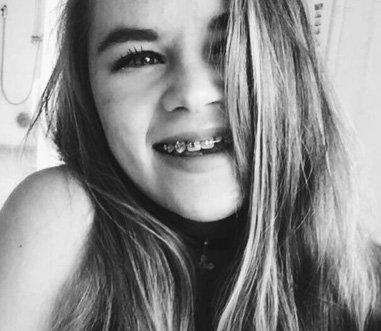 Kiara Van Der Merwe was originally born in Johannesburg, South Africa on November 28th, 2000. Her love for people have grown strongly over the years of her expat life, her understanding for the pain within those around her has grown as she became devoted to loving people in her life before saying goodbye again due to moving very often. After nine years of constant transition, she finally settled in Frankfurt, Germany to finish school and pursue her dream of touching the hearts of those around her.

This site uses Akismet to reduce spam. Learn how your comment data is processed.

This message is only visible to admins.